Vattenfall, NS (one of the largest passenger rail transport companies in the Netherlands) and ProRail have joined forces to open the Nieuwe Hemweg wind farm. Vattenfall has built six wind power turbines on the NS site in the Port of Amsterdam in recent months. These new turbines are replacing 12 old ones from the province of North Holland. 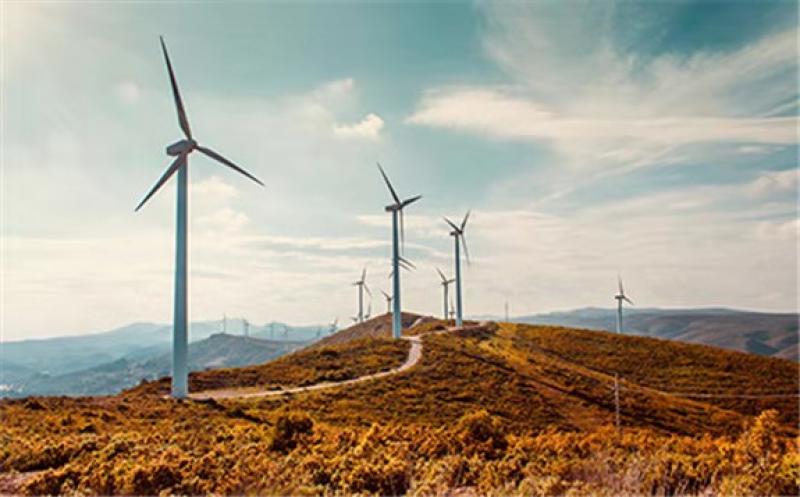 In the last few months, six large wind turbines have been installed on the NS site close to Amsterdam Sloterdijk station on the Nieuwe Hemweg wind farm. The soil on this site is sparse and a yard had already been planned for ProRail, so it was a challenging area to work on. Despite these challenges, however, NS, ProRail, Vattenfall and the Port of Amsterdam worked intensively together and were able to successfully integrate the six new turbines with the yard. This is the first time Vattenfall has built a wind farm right next to a train yard in the Netherlands.

Martijn Hagens, Chief Executive Officer of Vattenfall Nederland, said: "Working in an environment that is used so intensively as Sloterdijk is hugely challenging. The Nieuwe Hemweg wind farm is now on track to be completed on time, which is a joint success for all parties involved. Vattenfall wants to make it possible to live fossil-free within a generation. The Nieuwe Hemweg wind farm takes us one step closer to achieving that ambition."

Building work began on the turbines in autumn 2020. Mild weather this winter meant they were built in record time, and the turbines were commissioned after extensive testing. Electricity generated by the wind turbines goes to Vattenfall.

The six wind turbines are replacing 12 old ones. Eight old turbines previously stood on the site where the new wind farm can now be found. Four old wind turbines were also removed from the IJsselmeer near Medemblik. This is in line with North Holland's policy to have one new wind turbine replace two old ones.

The six new turbines have a joint capacity of 13.2 MW, almost double the 12 wind turbines they replace. The amount of electricity generated with it is equivalent to the consumption of 10 000 households.