Australia’s federal government has allocated AUD 5 million ($3.7 million) to the Commonwealth Scientific and Industrial Research Organisation (CSIRO) to support hydrogen research. The national science agency will use the funds to support research exchanges, the development of collaborative tools, and the sharing of knowledge about research on hydrogen and derivatives such as ammonia. 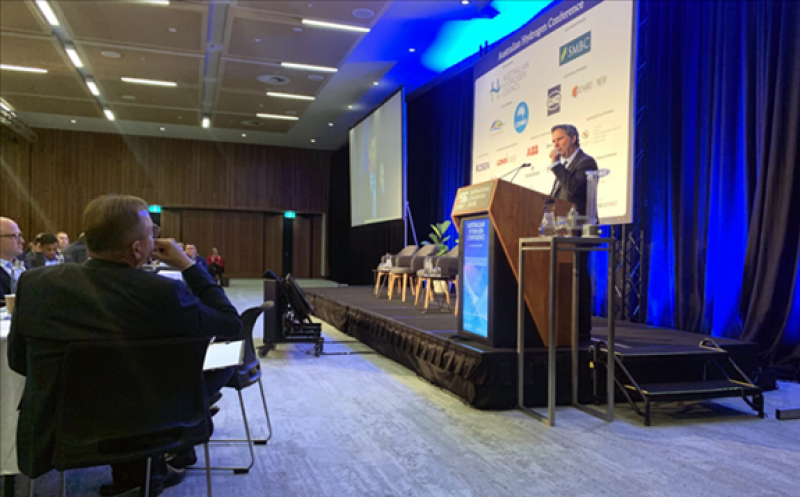 Speaking at the Australian Hydrogen Conference in May, CSIRO Chief Executive Larry Marshall described Australia as being at the “forefront” of hydrogen. In recent years, the agency has quadrupled its hydrogen investments and has focused massive amounts of research capacity on the future fuel.

Federal Minister for Energy and Emissions Reduction Angus Taylor said the program will help to promote strong relationships with research agencies in partner countries such as Germany, Japan and Singapore to accelerate the development of a global ‘clean’ hydrogen industry.

The Australian government continues to use the term ‘clean hydrogen’ to muddy the difference between renewable ‘green’ hydrogen and hydrogen made with fossil fuels (blue hydrogen) which claims to offset its production emissions with carbon capture and store technology (CCS). The federal government claims to have invested AUD 1 billion to support Australia’s ‘clean’ hydrogen industry, but the amount allocated to actual renewables projects is far lower.

“Investing in R&D and building connections with international partners are critical to Australia building and growing our own globally competitive industry. We recognize the important economic and job opportunities becoming a major global hydrogen player will deliver, while also lowering emissions,” Taylor said.

“This program will also improve our understanding of future hydrogen supply chains and markets, and help us to harness the potential for an Australian clean hydrogen industry to grow our economy and create Australian jobs,” Porter said.

He added that the new program will “build on and intensify recent collaborative efforts” between his department and the CSIRO in developing an Australian hydrogen researcher network.