Lighting up a nation of 1.4 billion people is no small task.

With China announcing this week the completion of building a moderately prosperous society, or "xiaokang society," in all respects, it's time to look back at how the country managed to build a sprawling power grid infrastructure.

In 1949, China only had 1.85 gigawatts (GW) of installed electricity generation capacity, with per capita electric power consumption of merely eight kilowatt-hours (kWh). That meant that the annual electricity consumption of a family of four about 32 kWh was just enough to power a single refrigerator for about one month.

To improve people's livelihoods and support social and economic development, the world's most populous country worked to expand its power supply at a rapid clip.

In 2010, China's per capita electricity consumption passed the global average. 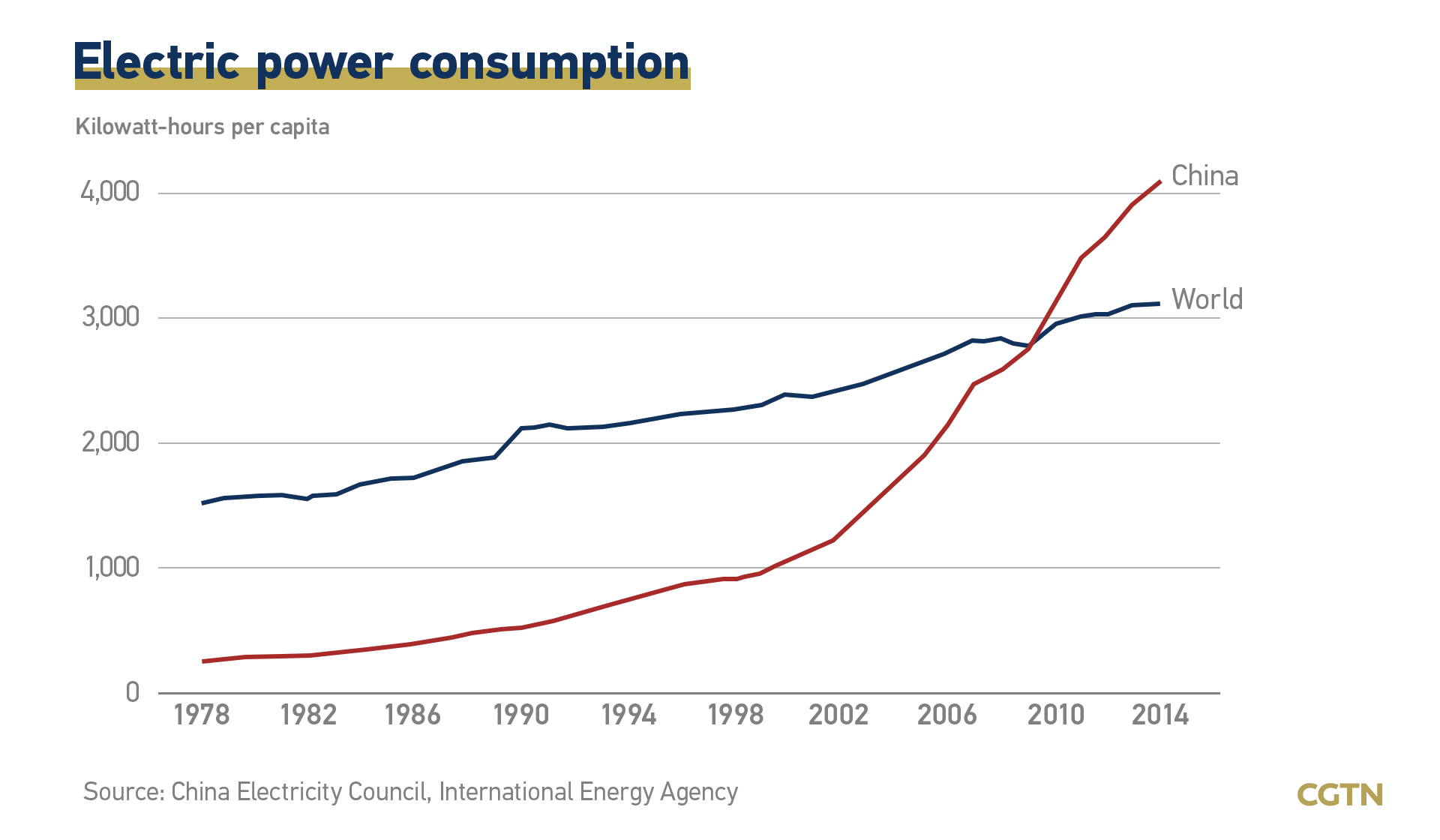 By 2015, all residents in the country had access to electricity. At the end of 2020 all county-level administrative units in China were connected to major power grids.

Today, China is the world's largest producer of electricity. But not long ago, the country was highly dependent on importing power plants.

In the early days of the People's Republic of China, founded in 1949, the nation had to rely on foreign equipment for power generation. In order to meet the electricity demand for production and construction, the first domestically designed and built thermal power plant was developed during the country's first Five-Year Plan. It was put into operation in 1956.

Over the years, China launched many projects to tackle power shortage and optimize energy distribution across the country. One such endeavor is the Qinghai-Tibet grid interconnection project.

The project came into being in late 2011 on the Qinghai-Tibet Plateau, ending energy shortage in cities, towns and villages of southwestern Tibet Autonomous Region.

The lines, built at an average altitude of 4,650 meters above sea level, formed the world's highest direct current transmission project. It was also the longest to run across the permafrost on the "Roof of the World."

Multiple rounds of rural power grid upgrades have been carried out since 2015 to address problems like low voltage and insufficient supply.

By the end of 2020, the 1,563-kilometer Qinghai-Henan UHV direct current power line was put into operation. The project transmits 8 GW of solar and wind generated electricity from the remote northwestern part of the country to meet the demand of the populous central region.

At the end of June this year, the first batch of generating units at the Baihetan Hydropower Station in southwestern China, the world's second largest after China's Three Gorges Dam, went into operation.

The project, one of the world's most technically challenging, will contribute to the transfer of electricity power from the country's western part to the eastern regions. It will also help with China's green efforts in the sector.

The country has been putting a lot of focus on renewable energy development amid its transition to a low-carbon economy. It has announced that it will strive to peak carbon dioxide emissions by 2030 and achieve carbon neutrality by 2060.

It has also become a leader in electricity production from renewable energy sources, with the world's largest installed capacity of hydro, solar, and wind power. 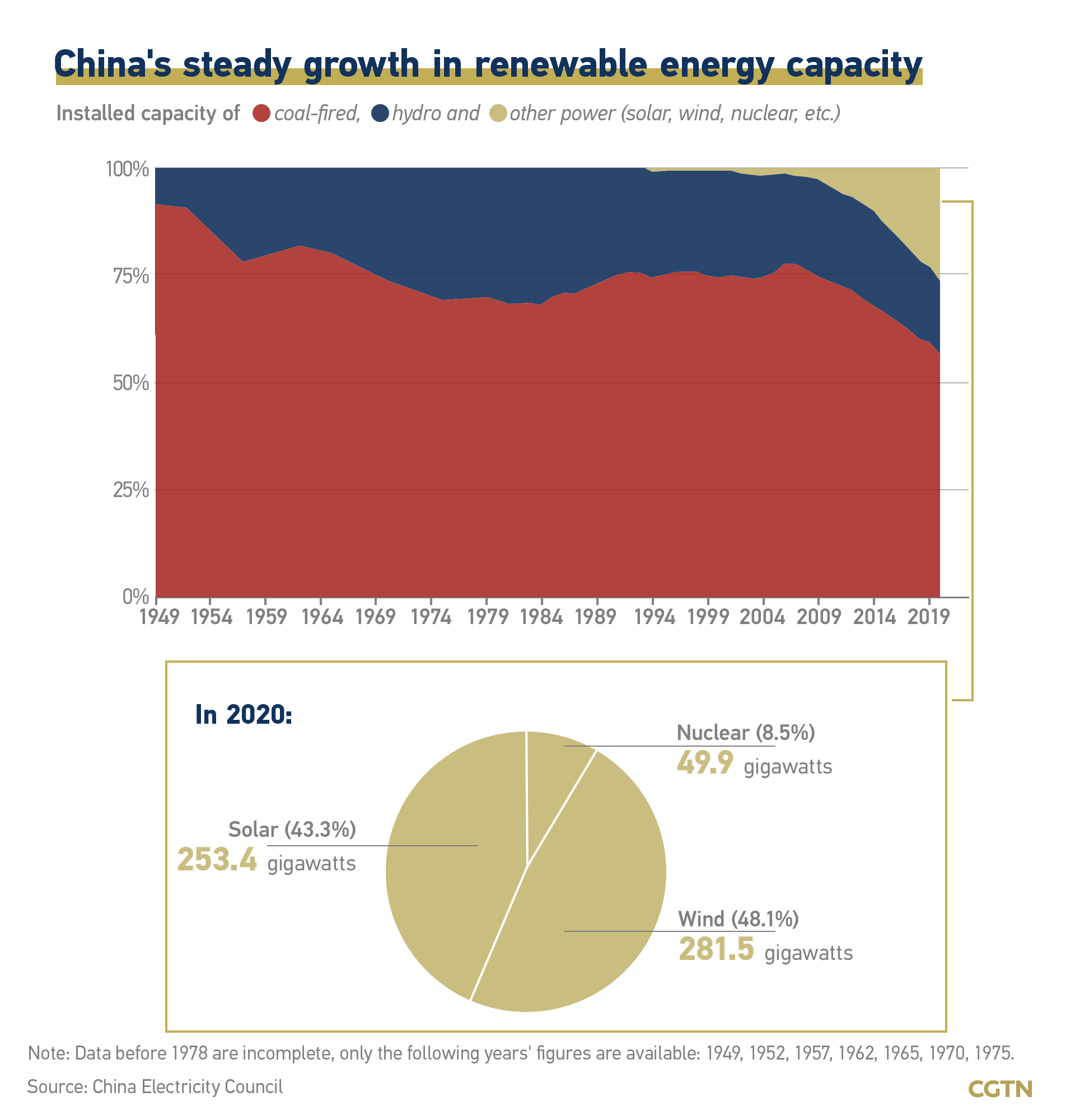 China has vowed to bring the total installed capacity of wind and solar power to more than 1.2 terawatts by the end of 2021, more than double the 535 GW at the end 2020.

The document also highlighted a number of key projects that would contribute to establishing a modern energy system in China that is clean, low-carbon, safe and efficient. 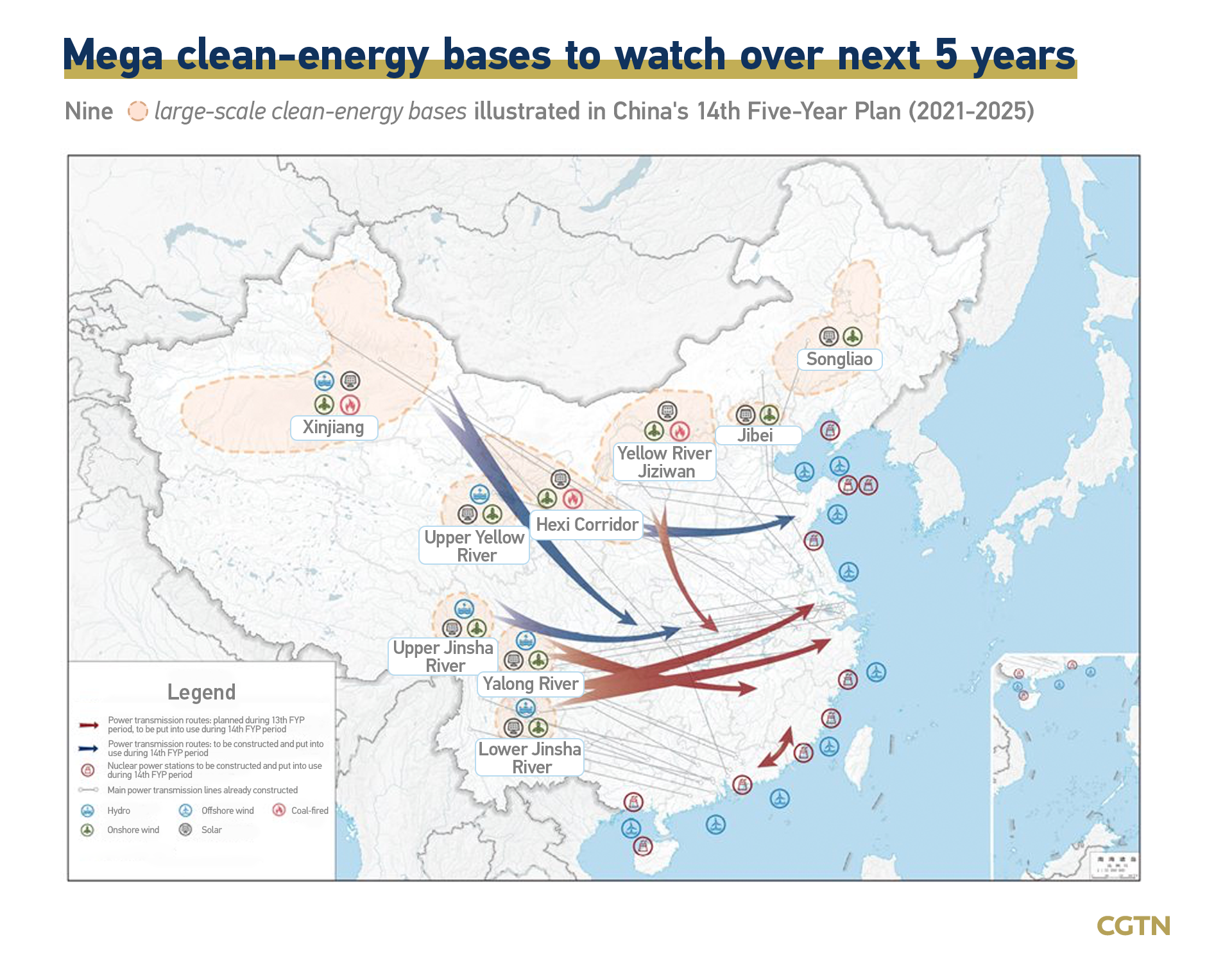