An offshore wind farm near the Zhoushan Islands, east China’s Zhejiang Province, was commissioned and connected to the grid on Sunday. 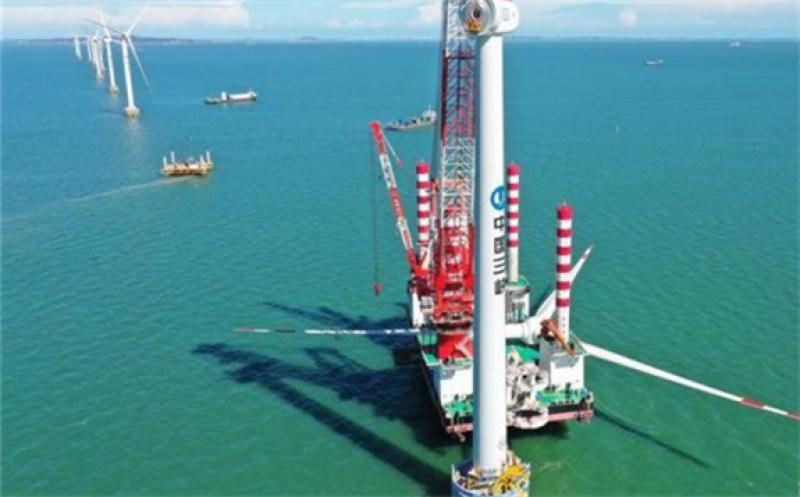 The Daishan No. 4 wind farm has 54 wind turbines, with a total installed capacity of 234 megawatts. It is currently able to supply 618 million kilowatt-hours of electricity to the power grid a year, equivalent to the power created by burning 170,000 tonnes of coal, cutting emissions by 470,000 tonnes.

The wind farm is owned by the China General Nuclear Power Corporation, which will add two further wind farms near the Zhoushan Islands in the future, bringing its total wind power generation in the area to 1.44 billion kilowatt-hours once fully operational.

The green power is aimed at supporting the development of the oil and gas businesses in Zhoushan.

The Zhejiang Pilot Free Trade Zone in Zhoushan has been seeking cooperation with global oil and gas enterprises since its establishment in April 2017.