Kazatomprom has announced the signing of a sale and purchase agreement for the sale of a 49% share of Ortalyk LLP to a subsidiary of China General Nuclear (CGN), subject to conditions and governmental approvals. 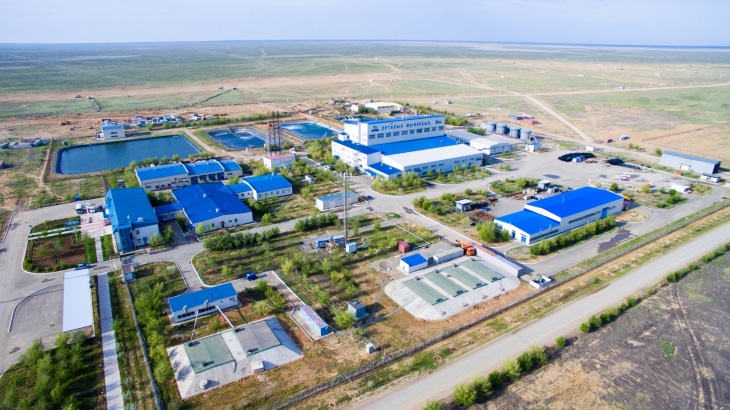 Upon completing the transaction, which is expected by 30 June, Kazatomprom will retain a controlling 51% interest and CGN or its affiliates will acquire a 49% interest in Ortalyk LLP, with each partner purchasing a proportionate share of uranium production from the operation according to interest.

As previously disclosed, on 29 December 2020 and on 16 March 2021, under the Kazatomprom-CGN cooperation agreements, the parties agreed to construct a fuel assembly plant (Ulba-FA) at the Ulba Metallurgical Plant. CGN provided a guarantee that Ulba-FA’s production will be purchased by CGN, in exchange for Kazatomprom agreeing to sell to CGN or its affiliates a 49% interest in Kazatomprom’s wholly owned subsidiary, Ortalyk LLP.

The sale and purchase agreement was signed on 22 April and the parties have agreed to the valuation determined by "one of the four major international advisory and professional services firms", whereby a 49% share of the operation was assessed a value of about USD 435 million.

Commissioning and licensing of the Ulba-FA plant was completed last year. The first production from the plant is expected towards the end of 2021, with first delivery of finished, certified fuel assemblies to the customer in 2022. The first five-year contract for the procurement of fuel assemblies from the plant was signed between Ulba-FA LLP and CGN-URC last December.

Ortalyk LLP owns a 100% interest in the Central Mynkuduk Deposit and fulfilled exploration and trial production at the Zhalpak Deposit, which contain JORC-compliant aggregate mineral resources of approximately 40,413 tonnes of uranium (at 31 December 2019). The Mynkuduk Deposit has a design capacity and subsoil use agreement in place to produce 2000 tonnes of uranium per year (currently operating 20% below permitted capacity, as per Kazatomprom's market-centric strategy). The production capacity of the Zhalpak Deposit will be determined through subsoil use contract negotiations with the Kazakh government.