03 Mar 2021  by World Nuclear News
X-energy has signed the cooperation agreement which officially begins its participation in the US Department of Energy's (DOE) Advanced Reactor Demonstration Program (ARDP), a project the company says will enable it to build a commercial scale advanced nuclear reactor with Energy Northwest in Washington state. 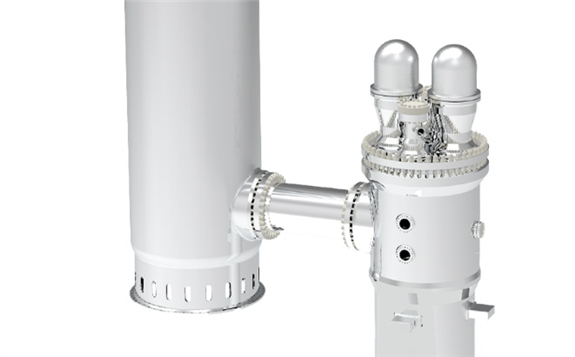 The company was announced by DOE in October 2020 as one of two awardees - the other being TerraPower - to receive USD80 million each of initial cost-shared funding to build an advanced reactor demonstration plant that can be operational within seven years. DOE selected X-energy to deliver a commercial TRISO fuel fabrication facility and a four-module version of its Xe-100 high temperature gas cooled reactor (HTGR), which the company plans to site at Energy Northwest’s Columbia nuclear plant. DOE will invest approximately USD1.23 billion in X-energy's project over the seven-year period.

CEO Clay Sell yesterday said the company's ability to quickly "find alignment on next steps" with DOE was a "testament" that it is in a position to move forward with building the plant.

Energy Northwest is an independent joint operating agency of Washington state, owning and operating a mix of hydro, solar and wind projects as well as the Columbia nuclear power plant. It is a partner on both TerraPower and X-energy's ARDP applications. "Energy Northwest is excited about the progress this cooperative agreement signifies," Greg Cullen, Energy Northwest's vice president for energy services and development, said. "As a clean energy leader, we believe X-energy's innovative carbon-free technology will be an invaluable asset to meeting the state's clean energy goals," he added.

The Xe-100 is an 80 MWe (scalable to a 320 MWe four-pack) HTGR which uses TRISO (tristructural isotropic) particle fuel. It can integrate into large, regional electricity systems as a base and load-following source of carbon-free power, and can optimise grid use of low-emission, intermittent renewables and other clean energy resources, the company says. It can also provide a source of industrial process heat.

X-energy last year initiated a pre-licensing Vendor Design Review of the Xe-100 with the Canadian Nuclear Safety Commission. It is one of three grid-scale small modular reactor (SMR) technology developers selected last year by Ontario Power Generation (OPG) to advance engineering and design work, with the goal of identifying options for future deployment. OPG is considering the deployment of an SMR development at its existing Darlington site as early as 2028.