Unit 4 of the Beloyarsk nuclear power plant, Russia's BN-800 reactor, has been connected to the grid and resumed operations upon completion of scheduled maintenance. For the first time the refuelling has been carried out with uranium-plutonium fuel only. 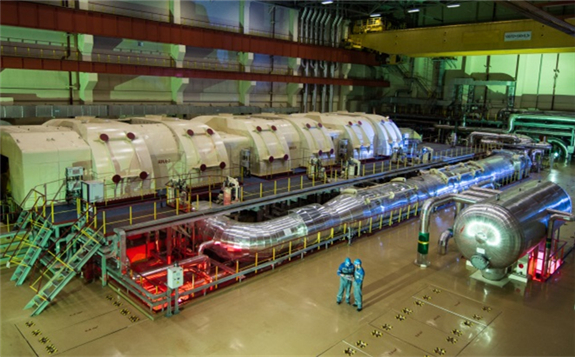 "This means that using MOX fuel will make it possible to involve the uranium that is not currently used in the fuel manufacturing and expand the resource feed-stock of the nuclear power industry. In addition, the BN-800 reactor can re-use spent nuclear fuel from other nuclear power plants and minimise radioactive waste by 'afterburning' long-lived isotopes from them. Taking into account the schedule, we will be able to switch to the core fully loaded with MOX fuel as early as 2022,” he said.

The fuel assemblies were manufactured at the Mining and Chemical Combine (MCC), in Zheleznogorsk, in the Krasnoyarsk region of Russia. 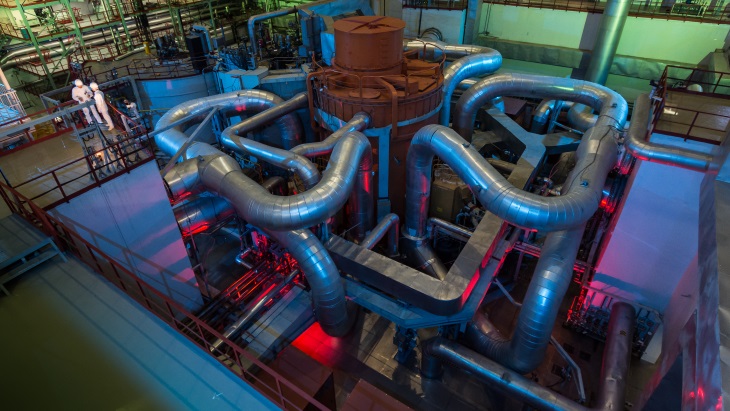 In parallel with loading the BN-800 core with MOX fuel, Rosatom is developing technologies of such fuel fabrication at the MCC site, said Alexander Ugryumov, vice president for research, development and quality at TVEL, Rosatom's nuclear fuel subsidiary.

"In particular, the manufacturing of fresh fuel with high-background plutonium extracted from the irradiated fuel of VVER reactors has been mastered. All technological operations are fully automated and are performed without staff presence in vicinity. The first 20 MOX assemblies with high-background fuel have already been manufactured, passed acceptance, and are scheduled to be loaded in 2022. Advanced technologies of fissile materials recycling and re-fabrication of nuclear fuel in the future will make it possible to process irradiated fuel instead of storing it, as well as to reduce the accumulated volumes of waste," Ugryumov said.

The BN-800 reactor was initially launched with a hybrid core, partially loaded with uranium fuel produced by Elemash, TVEL’s fabrication facility in Elektrostal, in the Moscow region, and partially with experimental MOX fuel bundles manufactured at the Research Institute of Atomic Reactors in Dimitrovgrad, in the Ulyanovsk region.

Serial batch-production of MOX fuel started at the MCC site in late 2018.