Abu Dhabi National Oil Company plans to accelerate the deployment of digital technology to increase its production capacity to 5 million barrels per day by 2030, as it looks to generate cost efficiencies and cut emissions. 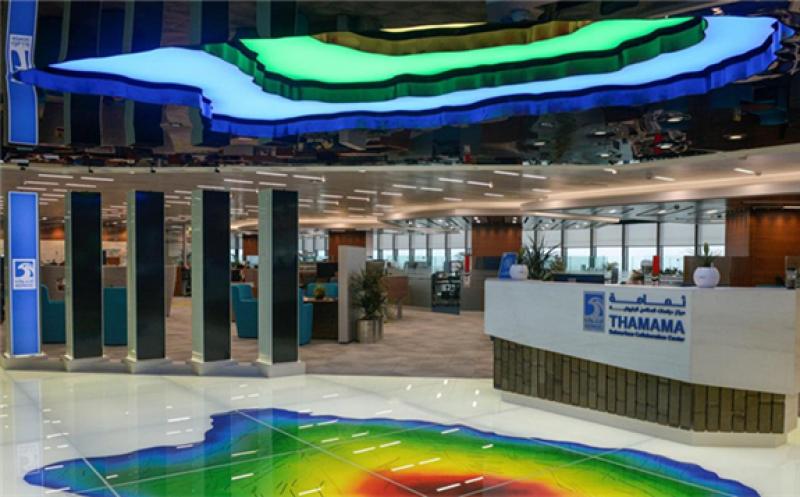 "Our target is basically to increase production capacity by 25 per cent by 2030, increase ultimate recovery from our reservoirs to 70 per cent and significantly lower unit technical cost from our industry leading low base," Mohamed Al Marzouqi, senior vice president, development at Adnoc told The National in an interview.

On Monday, Adnoc said it generated $1.1 billion in business value through the deployment of Big Data and analytics at its Thamama Centre, which oversees upstream operations. The company accrued $2bn in cost savings over the last five years by employing advanced technology and digitalisation to optimise its drilling operations.

The centre is instrumental in reducing exploration costs "by hundreds of millions of dollars", the company said in a statement.

Mr Al Marzouqi said the centre, which helped the company streamline operations during the pandemic is currently looking at technology that can improve realisation rates by nearly a "1000 times".

"If we're taking years to develop certain development scenarios, we'll try to do it in days. Basically, we have a clear roadmap, around these mandates internally within Thamama," he said.

The Thamama centre, which is named after the most dominant reservoir formation in Abu Dhabi is part of the company's ongoing investments in advanced technology, digitalisation and artificial intelligence, in order to drive greater efficiencies.

The UAE accounts for 4.2 per cent of global oil output, much of it from fields managed by Adnoc. The national oil company plans to raise its production capacity to 5m bpd by 2030 from just over 4m bpd at present. Efficiencies generated by technology deployed at Thamama are key to responding to market dynamics and furthering the development of its upstream expansion.

"The value generated by Thamama since its start in 2017 highlights how Adnoc is harnessing advanced technologies, digitalisation and Big Data as well as deep engineering expertise to maintain Adnoc's position as a leading low cost and low carbon player in our industry," said Adnoc upstream executive director Yaser Saeed Al Mazrouei.

He was speaking on the sidelines of the Adnoc Innovation Week, which is taking place from February 21 to 25.

Adnoc is hosting a number of events to coincide with the UAE Innovation Week, including the first roundtable for chief technical officers from international energy companies.

"Thamama is also helping us to nurture the UAE’s next generation of engineers and data scientists, as well as serving as a hub to harness AI solutions together with the recently established joint venture between Adnoc and G42, AIQ," Mr Al Mazrouei said.

A month later, AIQ, Group 42 and the world's largest energy services firm, Schlumberger, agreed a deal to develop and sell AI products for the global exploration and production market.

A key metric at Adnoc's Thamama centre is not only reduction of costs, but also carbon footprint.

"The mandate needs to be achieved. [We need to be] efficient on the carbon and on the cost," Mr Al Marzouqi said.

Thamama's technology initiatives include co-development of one of the world's largest oil rim and gas cap reservoirs.

The initiative will help the company "monetise several trillion cubic feet of gas and associated condensate while maximising the oil value," Adnoc said.

The Thamama centre is also optimising field development costs by designing wells with custom-fit completions and deploying them at scale.

The centre is home to 15 new digitalisation projects in Thamama that offer potential to deliver around $500m in additional value per year when fully deployed over the coming years.

Thamama is also helping accelerate Adnoc's seismic survey, providing 100 petabytes of high-resolution images of the sub-surface across Abu Dhabi, which is then turned into prospects by Adnoc experts. A petabyte is the equivalent of 1,000 terabytes.

Adnoc's digitalisation is also supported by the Panorama Digital Command Centre, which oversees operations across the value chain in realtime. The centre has so far generated over $1bn in value since inception.