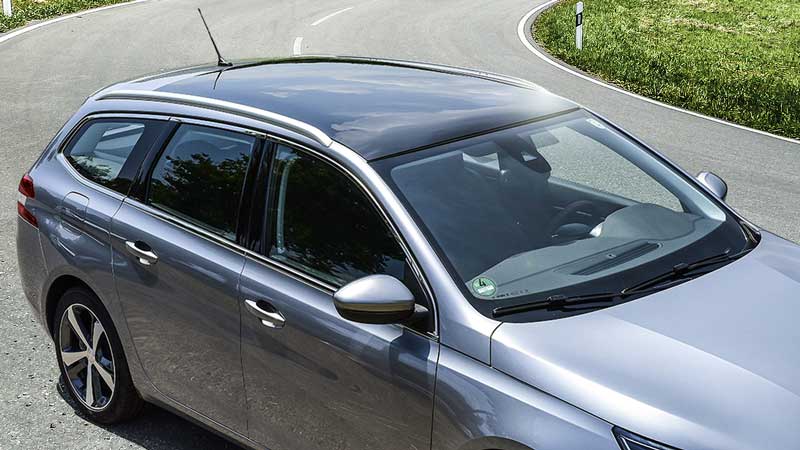 A new system for integrating solar cells into the roof of an electric car will be unveiled at the Frankfurt Motor Show this September, and they promise to not only extend the driving range of an electric vehicle but also be completely indistinguishable from the rest of the vehicle’s body.

Developed by German solar research institute Fraunhofer Institute for Solar Energy Systems ISE, the system involves using solar cells in a preformed roof that can then be painted any colour, while providing extra energy for an electric vehicle.

“In order to realize a CO2-free energy supply in all sectors, we have to promote the expansion of photovoltaics vigorously, even beyond house roofs and open spaces,” said Dr. Andreas Bett, director of the institute in a note by email.

“In the future, solar modules will be integrated into our already built environment even more, for example into vehicles.”

By covering the solar cells with a special coating that mimics the surface of a Morpho butterfly’s wing (which have incredibly bright colours thanks to the interplay of numerous tiny scales and ridges), the solar car roof can match the colours of the rest of the body, albeit with a 7% loss in efficiency.

“The colour possibilities are almost endless,” said Dr. Martin Heinrich, head of PV for mobility at Fraunhofer ISE in a note.

To store the energy captured by the solar car roof, the researchers at Fraunhofer ISE have developed a way to use a “shingle interconnection” whereby overlapping monocrystalline silicon solar cells connected with a electrically conductive glue to ensure low resistance loss.

As per Fraunhofer ISE’s press release:

The module surface can be used to the maximum for power generation and offers a homogeneous, esthetic appearance.

In addition, lower resistance losses, the avoidance of shading due to cell connectors on top of the cells and particularly high tolerance to shading ensure up to two percent higher module efficiency than for conventional solar modules.

The solar cell matrix is laminated in a polymer-film laminator between the glass panes of a commercially available, spherically curved panorama car roof. By applying a specially manufactured mold, lamination can also be carried out in a conventional laminator.

In addition to absorbing sunlight and converting it into energy to store in the vehicle’s battery, the absorption also reduces overheating inside the vehicle.

The system is certainly interesting, although whether the solar car roof developed by Fraunhofer ISE will compete against the likes of Dutch solar car roof startup Lightyear One is yet to be seen.

According to Fraunhofer ISE, the new system generates just 200 watts per square metre, adding on 10 kilometres driving range based on average daily summer sunlight in Germany’s Freiburg im Breisgau and a vehicle using 17kWh per 100km with an annual driving distance of 15,000km.