Over the past few years, we’ve been covering the U.K.’s novel approach to enlisting rooftop solar, behind-the-meter batteries, electric vehicle chargers and grid-responsive appliances as an integral part of its power grids.

This nationwide “electricity system flexibility” effort has set a series of tasks before the country’s six distribution network operators (DNOs). First, they’ve built up the technology to monitor and manage these distributed energy resources (DERs) at a large scale. Next, they’ve begun signing long-term contracts, or “flexibility tenders,” to pay DER aggregators to promise to store and shift energy usage in key locations and times to avoid or defer grid upgrades.

The end goal of this effort, set in place by regulator Ofgem, is to create markets that can align moment-to-moment DER flexibility with real-time grid needs. That’s a major challenge, given the complexity of valuing and verifying the responsiveness of DERs outside the utility’s direct control, in terms of the additional on-the-fly capacity and resiliency they can provide grid operators.

But if it works, it could create new revenue streams to boost clean energy adoption, as well as tap the latent capability of behind-the-meter loads to absorb the massive amount of renewable energy the U.K. will need to reach its long-term decarbonization goals.

On Wednesday, DNO Scottish & Southern Electricity Networks announced the latest steps toward this effort, centered on its £40 million ($52 million) Local Energy Oxfordshire test bed. That’s where SSEN will be testing two key pieces of its would-be DER marketplace — a “Neutral Market Facilitator” platform to register and track buyers and sellers of flexible electricity, and a “Whole System Coordinator” platform that will determine what its moment-to-moment grid needs are.

To create these platforms, SSEN has tapped Opus One Solutions, a Canadian startup with technology that’s taking on complex distributed energy-grid integration tasks in projects from upstate New York to Southern California. Opus One is also an existing partner in SSEN’s Project Merlin, a large-scale modeling of the economic impacts of DERs on future grid plans.

But its new project with SSEN will expand its activities beyond modeling future impacts, or creating contracts for DER services that can be called upon months or days ahead of time, Hisham Omara, Opus One’s vice president of international growth, told GTM. Instead, it will create the platforms that can actively orchestrate DER-grid interactions “to reflect day-ahead, intraday, long-term and short-term needs.”

This kind of real-time, economics-driven grid management regime is common at the transmission-grid level. But that’s a much less complex environment than the low-voltage grids Opus One is being asked to handle.

Likewise, the DER aggregations in the form of virtual power plants today are largely selling capacity into wholesale energy markets as demand response, with little interaction with the distribution grids that connect them. In some cases, utilities have installed or contracted for batteries or load controls to reduce load on distribution circuits, largely aimed at managing well-defined capacity constraints at predictable times.

Tapping the responsiveness of DERs to match the moment-to-moment power flows across a distribution network that’s being reconfigured in real time is a much more complex endeavor, Omara said — even if those DERs are under direct grid operator control.

But the market structures SSEN and its fellow DNOs are building must add in the additional abstraction of economics. Grid operators must express how much they’re willing to pay for DERs to take certain actions at certain points in space and time, and DER owners and operators must supply bids and counteroffers to clear the market and solve the grid’s problems.

“It’s a lot more complex because it needs to account for all these behaviors while it’s buying all these services,” Omara said.

“The Whole System Coordinator is the brains of the operation,” Omara said, conducting the constant power flow analyses of the network’s ever-changing state to determine the grid’s needs in terms of physics and electromagnetics, and what quantities of DER-supplied energy additions or reductions — or, in future use cases, reactive power or frequency support — could solve them.

The Neutral Market Facilitator is the exchange platform that enables this market-clearing function, starting with registering the participating DERs and tracking their contractual obligations. It will assess the grid’s looming needs and “push them back out to the market domain,” where DERs will make their collective offers, he said.

The platform will then evaluate what’s on offer and determine “what’s the optimal market position I can take and I can accept? Or it can reject them or make different market offers.” Much like wholesale energy markets, this will take place across different timescales, with much of the required services settled in day-ahead markets, and changing or unforeseen circumstances being resolved “as you get closer to real-time.”

Getting from today’s grid to the U.K.’s market-driven grid vision

This is not an academic exercise, Omara stresses. Under the U.K.’s current regulatory pathway, starting in 2023, any capital grid upgrade that will cost more than £1 million ($1.34 million) will need to prove that a flexibility-based alternative solution is not a reasonable option.

That’s a departure from the traditional “cost-of-service” structure for U.S. utilities, which determine their grid upgrade needs based on future load growth forecasts and earn guaranteed rates of return on the resulting capital investments.

This financial reward for spending money, combined with a conservative approach to grid planning, can lead to overbuilding and discourage active efforts to replace grid investments with DER-based non-wires alternatives.

Under the U.K.’s Revenue = Incentives + Innovation + Output regulatory framework, by contrast, grid operators are compensated on total controllable expenditures, or “totex,” which provides some incentive to reduce costs across both operational and capital expenditures.

Also, unlike vertically integrated utilities in the U.S., the U.K.’s deregulated energy market separates distribution grid operators from the retail energy providers that compete for customers across the country. This largely bars DNOs from directly offering customers payments or incentives in exchange for shifting or shaping their energy use, which has influenced the third-party contract structure of its flexibility tenders.

Building a market for flexibility from the ground up requires steps that may not be optimal in the long term. DNO U.K. Power Networks has secured more than 140 megawatts of capacity through its flexibility tenders to date, with participants including generator aggregator Amp Clean Energy, energy storage aggregators Limejump, Moixa and Powervault, demand response aggregator KiWi Power and residential solar-plus-battery provider Social Energy.

Much of this capacity has come in the form of multiyear contracts, Sotiris Georgiopoulos, UKPN’s head of smart grid development, said in a Tuesday interview at Greentech Media’s Grid Edge Innovation Summit 2020. That’s a necessary step to give DER aggregators the certainty needed to commit to investing in systems that can respond to the grid’s needs, he said.

But “national markets are moving closer to procurement closer to real time,” he said, with UKPN and other DNOs working on market structures similar to SSEN’s. “We don’t want to have a bunch of very long contracts that become stranded.”

At the same time, the revenue available from flexibility tenders is only covering about one-quarter of the costs of installing DERs, although certain locations can earn much greater returns, he said. To build the market-based revenue potential to encourage more rapid DER proliferation, DNOs like UKPN are working with transmission system operators to find ways to “revenue stack” and boost the prospects for DER developers.

“It’s not an easy job, but I’m certainly encouraged,” Georgiopoulos said. “Certainly over the past two or three years, it’s gaining traction — and it’s encouraging to see all these providers coming in.” 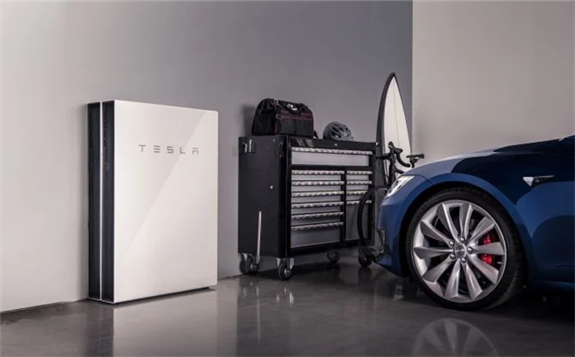 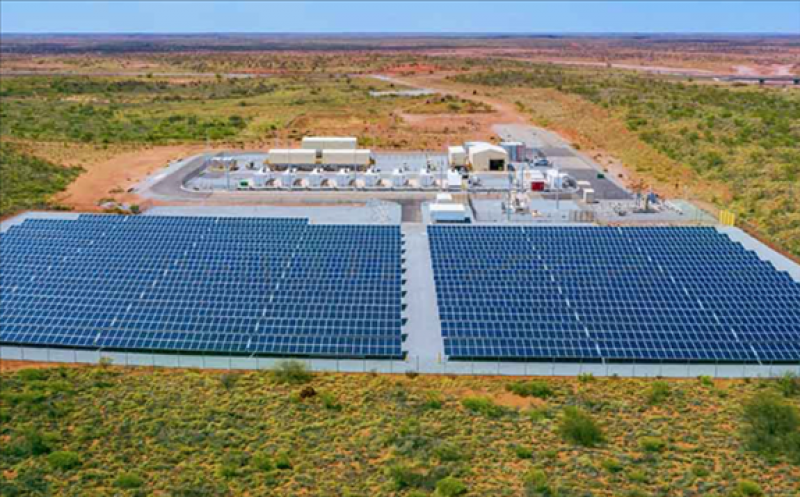 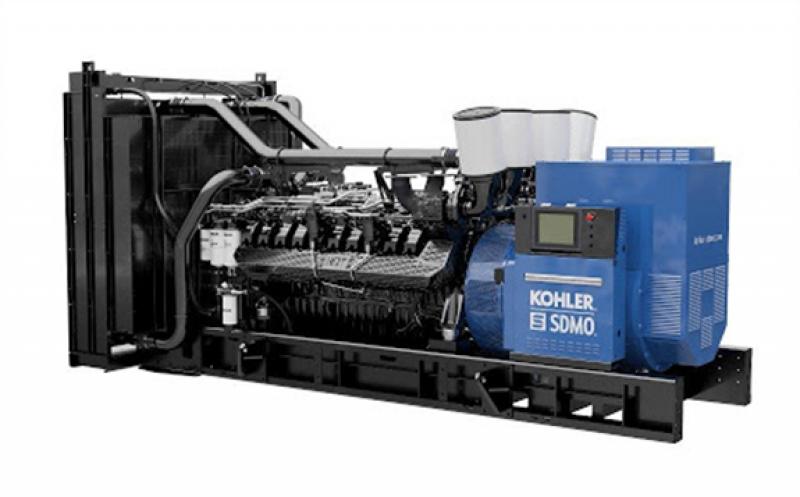 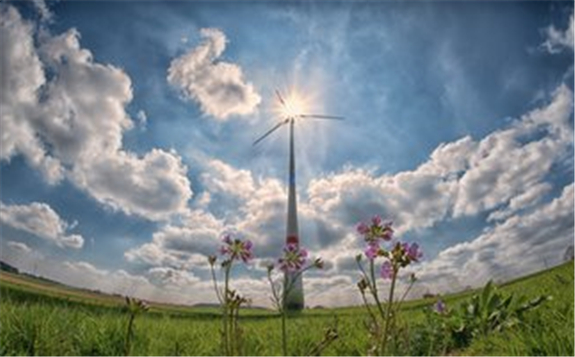 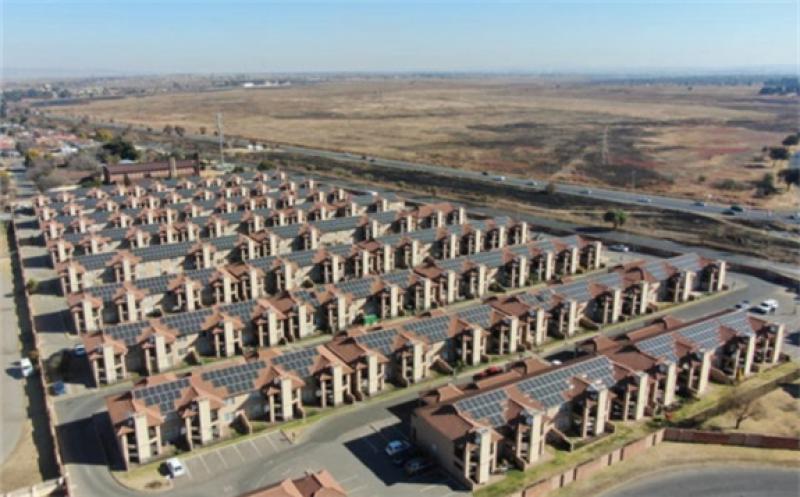