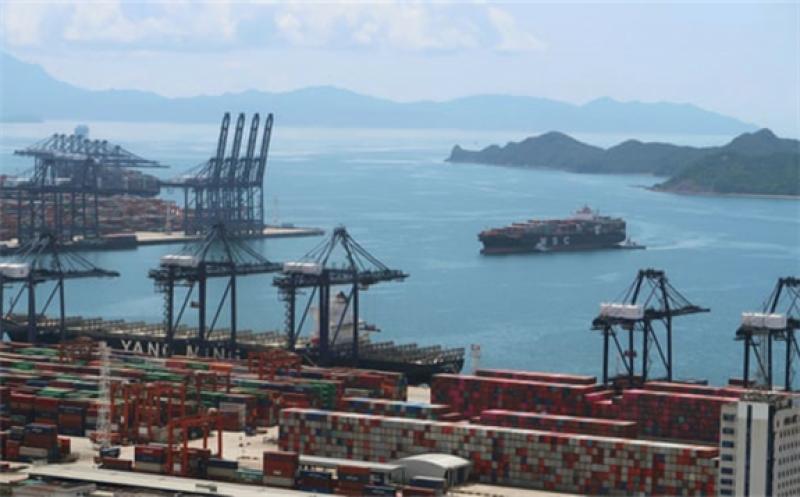 More than 60 ships carrying Australian coal have been stranded at sea – some for months – while waiting to enter Chinese ports, according to analysts, with the Morrison government being urged to clarify the long delays.

Dozens of vessels are being kept waiting, according to the global commodity and energy price reporting agency Argus, which has been tracking the situation.

An Argus representative told Guardian Australia some of those vessels left Australia as long ago as May and many had been waiting in Chinese waters since September.

Beijing appeared to be “singling out Australian coking coal imports”, Argus said, with 86% of the coking coal waiting outside the Chinese ports of Jingtang and Caofeidian coming from Australia.

Read moreThe details come after Bloomberg reported 66 vessels loaded with Australian coal were positioned in Chinese waters, including 53 that had been waiting about four weeks or longer to offload the material at China’s ports.

The Guardian has identified several bulk carriers anchored off the Chinese coast which left the Queensland ports of Hay Point, Gladstone and Abbott Point months ago for the two- to three-week journey. Few other nearby ships, which have not come from Australia, had been anchored for longer than a month.

The ships are sailing under the flags of numerous countries, including China. One of them, the Jag Anand, left Gladstone on 26 May and has barely moved in recent weeks.

The developments raise concern that Australian coal may have been targeted as part of a range of trade actions taken by Beijing over the course of this year, amid tensions in the diplomatic relationship.

Labor’s shadow trade minister, Madeleine King, said on Wednesday the Morrison government “must clarify what it knows about the number of Australian coal ships anchored off Chinese ports”.

She said it had become clear the government had “no plan to address the escalating concerns of Australian exporters” about the series of trade actions taken by China.

King added that “billions of dollars in trade and thousands of Australian jobs are at risk” from the trade tensions.

When asked about the issue, the office of the trade minister, Simon Birmingham, referred to his past comments in which he called on Beijing to help resolve the case of the high-profile Jag Anand.

The International Transport Workers’ Federation had publicised the case of the Indian-flagged vessel, which arrived at the port of Jingtang in northern China in mid-June but had been waiting five months to be allowed to berth.

Read moreAfter the federation raised fears of a humanitarian crisis, given the 23 Indian seafarers aboard the vessel were fatigued, Birmingham said the case was “deeply troubling, particularly because it goes beyond the mere question of trade and involves the question, of course, of individuals who have found themselves at sea for a prolonged period of time”.

Wang Wenbin, a spokesman for China’s foreign ministry, has previously said the Chinese side had been “providing convenience for the sailors involved”.

Analysts have been cautious in how they interpret coal imports, given that Australia has supplied more coal to China this year than it did last year, and China operates an informal quota system that often kicks in near the end of each year.

But Jo Clarke, a correspondent for Argus, said the queue of vessels loaded with Australian coal had been growing over the past couple of months.

“We have not heard of any vessels being asked to leave and is difficult to on-sell the cargoes, so the ships are anchored and waiting.”

Clarke said it would be “interesting to see if they are allowed to unload over the next couple of months, either as high prices in China see an easing of restrictions or as the new quota opens up in the new calendar year”.

“While much of the focus has been on stranded coking coal, it is worth noting that almost half of the Capesize vessels waiting outside Chinese ports were loaded in Newcastle, which is mostly a thermal coal port, with limited loadings of semi-soft coking coal.”

The Minerals Council of Australia and the Chinese embassy in Australia have not yet responded to Guardian Australia’s request for comment on the situation.

Australia exported nearly 75m tonnes of all coal types to China between January and September this year, up 14% from the same period last year, according to figures compiled by Argus.

Read moreScott Morrison said this week the government would continue to be patient in seeking to resolve tensions with China, while warning against middle powers being forced into binary choices amid competition between Beijing and Washington.

The prime minister welcomed the economic rise of China as good for the global economy, saying Australia had “never been in the economic containment camp on China”.

But the US ambassador to Australia, Arthur Culvahouse, told reporters in Brisbane on Tuesday that a list of grievances provided by the Chinese embassy to Nine News last week reflected “instances of the government of Australia standing up for its own interest”.