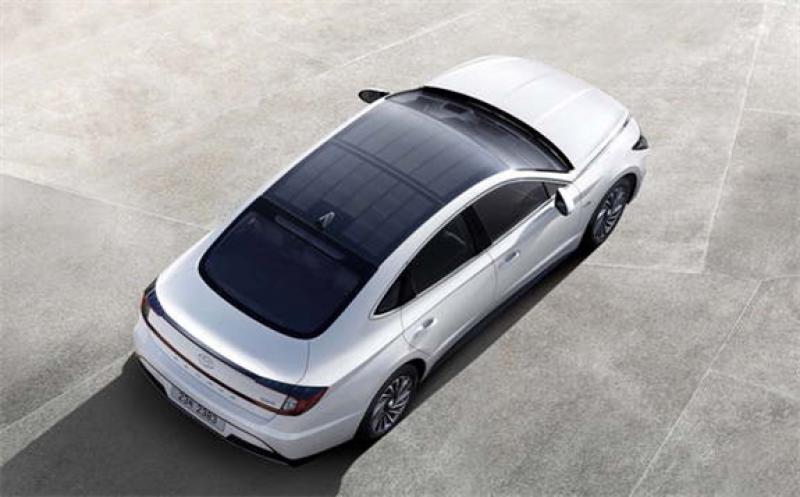 Hyundai has this week released its first solar powered car, promising drivers up to 800 miles of free driving a year.

The Sonata Hybrid, which was first announced last autumn, is now on sale in South Korea featuring a rooftop solar array to top up its in-built battery, that runs in conjunction with a petrol engine.

Left in the sunshine for six hours, the panels can charge the car's battery by up to 60 per cent, Hyundai said.

"Solar roof technology is a good example of how Hyundai Motor is moving towards becoming a clean mobility provider," said Heui Won Yang, senior vice president at Hyundai. "The technology allows our customers to actively tackle emissions. We are striving to further expand the application of the technology beyond eco-friendly vehicle line up to vehicles with internal combustion engine."

The car will be launched in the US in the coming months, but is not expected to be released in any other regions. However, Hyundai has suggested it could offer solar roof technology as an added extra on other hybrid models in the future.

Other carmakers have already experimented with adding solar panels to the roof of their vehicles, but historically the weight of the panels has restricted the number of extra driving miles available.

In 2010 Toyota offered optional solar panels on the roof of its Prius cars, that would power the air conditioning in the vehicle, and in 2017 released a new Prius model that allowed panels to feed directly into the car's main battery to extend the range.

In July Toyota revealed it is testing a new solar roof for vehicles featuring much more efficient solar cells, which would be able to directly power the car while it is on the move. "The goal is to contribute to the creation of a new solar battery panel market, including the transport sector, and find solutions for energy and environmental issues," Toyota said at the time.