In the Caldiran district of Van, one of the coldest municipalities of Turkey, a geothermal energy heated greenhouse set up with the support of Turkey’s Ministry of Agriculture and Forestry has been an important contribution to the local economy. 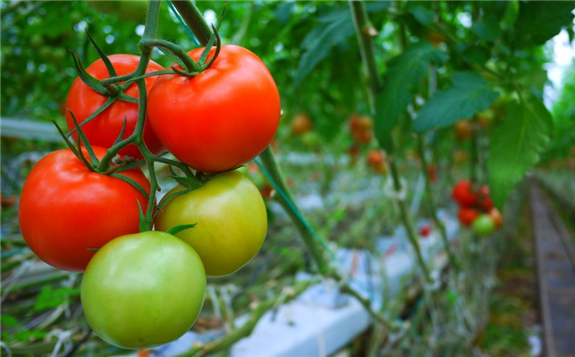 In the greenhouse, which was established 4 years ago on an area of ??34 decares (3.4 hectares) and heated by piping hot water extracted from many different points in the region, organic cluster tomato production is carried out with the practice of soilless agriculture.

Thanks to the geothermal water source, tomatoes grown in the greenhouse, which is produced in all seasons, are sold to Van and its districts. The greenhouse, in which 50 people are employed, also contributes significantly to the employment and economy of the district.

Ercan Karahanli, an Agricultural Engineer, stated that the operation has increased its production capacity to 2,000 tons this year and stated that they are making efforts to increase it.

Stating that having a thermal greenhouse in the Van region is important for both economy and employment, Karahanli says: “Women and young people are working here, learning on the job and bringing bread to their homes. This is a great opportunity for them. … we have a cold climate [with] 9 months of snow and cold we struggle. So now we continue our activities successfully.” . We switched to the new season. Last year we were producing tomatoes, eggplants, cucumbers and peppers. However, this year we will only produce tomatoes because of the high demand for tomatoes. ”

Rojin Task?n, who works in the greenhouse, said that he was happy and said, “I contribute to my family by working here, teach my brothers and sisters. We want these jobs to increase in Çaldiran, there are many people who want to work like us. Thanks to the greenhouse, we became a district that produces, not consumes. We are proud to contribute to production.”