US Firm Secures Oil Deal with US-Backed Forces in Syria

A U.S. company has reportedly reached a deal with Kurdish-led authorities in northeast Syria to develop and export crude oil in areas under their control in the war-torn country. 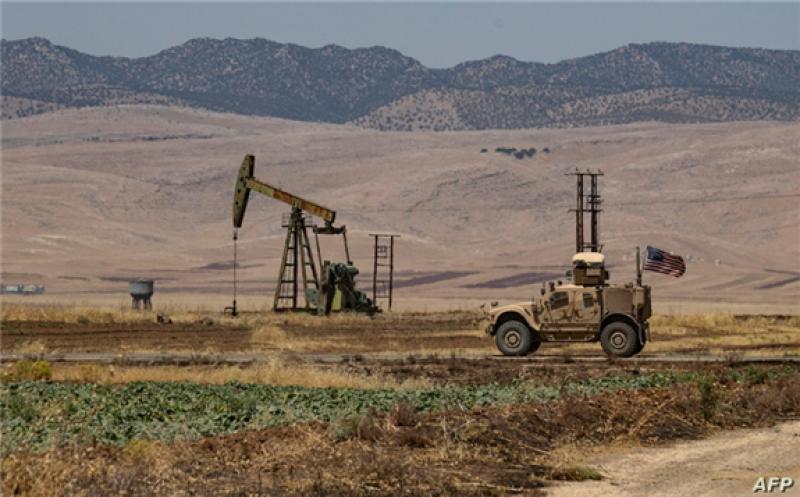 A senior official at the Kurdish-led Autonomous Administration in Northeast Syria said the deal was approved by the U.S. government.

“As per the deal, a refinery will be built in northeast Syria with a cost of $150 million,” the Kurdish official told VOA on the condition of anonymity.

“The company will explore [for] oil in three locations in northeast Syria, including Rumeilan, Tel Hamees and Tel Brak,” the official added.

Delta Crescent Energy LLC is reportedly involved in the deal. VOA could not reach the company for comment.

Details about the agreement first emerged last week from U.S. Secretary of State Mike Pompeo during a congressional hearing.

Pompeo, who was questioned about it by U.S. Sen. Lindsey Graham, said the U.S. government backs the deal, noting that it will modernize the oil fields in northeast Syria.

“The deal took a little longer ... than we had hoped, and now we’re in implementation,” Pompeo said.

Syrian Democratic Forces (SDF), a major U.S. partner in the fight against Islamic State, controls much of the oil-rich region.

Following a partial U.S. troop withdrawal from northeast Syria in October 2019, President Donald Trump said he was keeping some forces there “to secure the oil.”

But the American company involved in the northeast Syria deal has reportedly received an exemption from the U.S. Treasury Department’s Office of Foreign Assets Control to operate in Syria.

Risky for the Kurds

Joshua Landis, director of the Center for Middle East Studies at the University of Oklahoma, said “it is good to see the U.S. actually invest in improving the region if, in fact, this is what the contract means.”

Landis, however, believes the deal has “no legal underpinning and no regional support, not from Turkey, Damascus, Iraq or Russia.”

He added, “The Kurds are too weak to sustain their control without U.S. military support, which will not be offered indefinitely. When the U.S. pulls out of Syria, as I suspect it will do in the coming years, it will abandon the collaborative elite that it is now assembling in Northeast Syria,” Landis told VOA. “This will come at a tremendous cost to those being asked to trust and depend on the United States today,” he said.

The Syrian government, which does not recognize the SDF-led entity in the northeast, condemned the deal, describing it as stealing Syria’s oil.

“Syria considers this agreement null and void and has no legal effect. And it warns again that such despicable acts express the approach of those client militias which have accepted to be a cheap puppet in the hands of the U.S. occupation,” Syria’s Foreign Ministry said Sunday.

“We deeply regret the U.S. support to this step, disregarding international law, violating territorial integrity, unity and sovereignty of Syria, as well as being considered within the scope of financing terrorism,” Turkey’s Foreign Ministry said in a statement Monday.

Iran, a staunch supporter of the Syrian government, described the deal as “a violation of Syrian sovereignty.”

“This is yet another step by [the US] to plunder Syria’s natural resources,” Iran’s foreign ministry spokesman Abbas Mousavi said in a statement Tuesday.

Ahed al-Hendi, a Syrian affairs analyst based in Washington, said the oil deal will improve the lives of Syrians living in the northeast and that the U.S. decision to invest in Syria’s oil is part of its post-IS stabilization efforts.

“Syria’s heavy crude oil is expensive to produce, and it’s not much to begin with,” he told VOA, “so apparently the U.S. is not after the oil revenue in northeast Syria.”

Most oil fields in Syria have been largely nonoperational since 2011 because of the ongoing war. Before the conflict, Syria produced around 380,000 barrels of crude oil per day.

In the SDF-held region, about 30,000 barrels are now being produced per day, according to local sources. The oil is mostly refined in primitive ways that cause environmental pollution and health concerns for the local population.

“Having American companies involved in the oil sector will certainly help in building modern refineries that are suitable for the Syrian oil,” Hendi said, noting that “much-needed oil derivatives will then be available at acceptable prices.”

Hendi added that improving the oil sector in Syria would be “a major factor for stability before a political transition takes place in the country.”